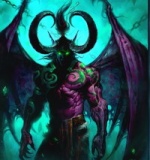 In the Battle of Thermopylae (as detailed almost entirely by Herodotus), which occurred in 480 BC, an alliance of Greek city-states fought the invading Persian Empire at the pass of Thermopylae in central Greece. Vastly outnumbered, the Greeks held back the Persians for three days in one of history's most famous last stands. A small force led by King Leonidas I of Sparta blocked the only road through which the massive army of Xerxes I of Persia could pass. After three days of battle, a local resident named Ephialtes is believed to have betrayed the Greeks by revealing a mountain path that led behind the Greek lines. Dismissing the rest of the army, King Leonidas stayed behind with 300 Spartans, 700 Thespian volunteers, 400 Thebans who had been pressed into service, and 900 Helots.

The Persians succeeded in taking the pass but sustained losses disproportionate to those of the Greeks. The fierce resistance of the Spartan-led army offered Athens the invaluable time to prepare for a decisive naval battle that would come to determine the outcome of the war.[4] The subsequent Greek victory at the Battle of Salamis left much of the Persian Empire's navy destroyed and Xerxes retreated to Asia, leaving a force in Greece under Mardonius, who was to meet the Greeks in battle one last time. The Spartans assembled at full strength and led a pan-Greek army that defeated the Persians decisively at the Battle of Plataea, ending the Greco-Persian War and with it, the expansion of the Persian Empire into Europe.[5]

The performance of the defenders at the battle of Thermopylae is often used as an example of the advantages of training, equipment, and good use of terrain as force multipliers,[6] and has become a symbol of courage against overwhelming odds.[6]